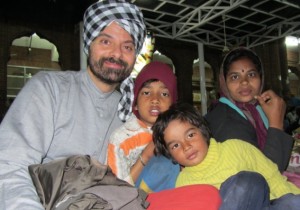 1) Speaking of norms, normatives and our everyday struggle to make sense of the English language, when I read Craig Bellamy’s post I was not sure if I understood 100% of what he was saying. However, I was almost sure (it happens everyday) that I was missing some linguistic and cultural nuances. Barbara Bordalejo’s comment confirmed this impression. So now I’m sitting here in front of my computer, writing in a language that I’ve been studying, reading and writing for twenty years, and I feel a bit silly. I got my PhD from the University of Edinburgh back in 2000, but this will never save me from an eternal sense of inadequacy. Do you know how many times I’ve looked up http://www.wordreference.com or equivalent websites for composing this email, or deciphering native speakers’ messages?

I would like to suggest to all native speakers of this list, before sending messages, to consider carefully what language they use, and ask themeselves (or at least try): “will my [mostly] foreigner colleagues understand me?” But of course I am not suggesting to exchange our frustration for your self-censorship… Let’s think about this not in terms of limits but of constraints – just like a poet who must respect a specific metrical or prosodic pattern. Our effort to understand and communicate in  English can be balanced by your excercise to improve clarity.

2) Daniel O’Donnell noticed that in my Cologne article one table showed a “Canadian”, rather then Anglo-American dominance (at least in terms of people). But have a look also at the Figure 1 (“DH Organizations: Presence of Individuals by Country of Institutional Affiliation”, p. 64): the histogram shows in a graphic way (look at those peaks) the overwhelming dominion of the first three countries – USA, Canada and UK. Those data were collected more than one year ago, and no one would be happier than me if the situation has changed. Anyway, let me say that I keep being frustrated at seeing that many colleagues  concentrated their attention on that part of the article – the infamous tables – and tended to ignore the rest of it. Those reactions showed that what really hurts is the risk of being represented as colonialists. I can appreciate that, but how about the problem of standards? How about the discussion of knowledge commons? At the end of the text, I proposed to apply design principles for common-pool resource institutions to the DH organizations. Is our community mature enough to discuss these issues?

3) Barbara Bordalejo must have read my mind when she wrote:

I don’t think that anyone is suggesting that there is a specific agenda to exclude non-English from DH, but I am also old enough to see that it wouldn’t be necessary.

Yes, it is not – and in my opinion it will never be – necessary as long as ADHO reflects organizations based in the Northern hemisphere that: 1) include or impose discourses rather than share them (or give them up!); 2) assume that something called DH globally exists; 2) push or sell their own teaching programmes, summer schools, etc. as well as their “open” methodologies, standards and applications (i.e. TEI, which was designed in the 80s for the purpose of producing textual resources for the same people and textual cultures who invented it); 3) recognize that English rhetoric is their privileged tool of discourse.

I am sorry if this sounds a bit harsh — but that’s what more or less I think, although I’d be happy to change my mind after twenty years of DH conferences, research and teaching around the globe. I am also convinced, as I said many times also in public, that 99% of my Anglo-American colleagues are respectful of all cultures and languages, and sincere in their effort to change the current mono-cultural situation. Their evident intellectual generosity is indisputable. Our GO::DH special interest group is certainly one first important step, although it still sounds – uncounsciously? – like an octroyée instrument. Our situation reminds me of Gregory Bateson’s ironical paradox: “we want to change things, but using the same things we find in the world that we want to change”.

4) Ernesto Priego pointed out the interesting problem of the local DH divides. It seems to me that “divides” are like club sandwiches, with layers of decreasing (or increasing, depending on which part of the sandwich you are) prestige. In fact, I always argued that using or not using English is a false problem. You can publish as much as you want in the lingua franca, but it is exceptional to be considered relevant by your “core” scholarly community. I’ve studied the phenomenon myself as in discussions and articles on TEI-XML overlapping hierachies, and in general on the problem of the digital representation of texts.

One of the most respected scholar in this field is Dino Buzzetti. But when has he reached “authority”? He has been publishing both in English and Italian for thirty years, but quotations of his work among peers exploded when he published his famous article in the “New Literary History” in 2002. This happened when Dino got on his theoretical side an American scholar of the caliber of Jerome McGann. It’s not enough to just have good ideas, work in the Northern hemisphere and write them in English: you need good sponsors and authoritative venues.

5) Three years ago a North American publisher asked us to translate our book L’umanista digitale in English. Our volume was recently reprinted, and I think it was a modest best-seller in the field (it sold more than 2500 copies in Italy). We were very excited about the translation, and invested a lot of energy and money in the project. The publisher asked for a sample chapter, letters of support from international experts, table of contents, detailed project, etc. We sent them everything and contracted a professional translator. Result: after six months from delivering, the book was rejected, and one of the main reasons seemed to be that “the tranlsation was not idiomatic”. We were surprised. In fact, what is an “idiomatic translation”? Is it possible to translate “idiomatically” from one culture to another culture? I know that there are very few translations of non-English DH books out there, but what was the American publisher expecting? Probably an American book.

6) Can we change all this? And how? I insist: we have to imagine completely new intellectual tools. This include the structures of our current academic organizations: teaching, researching, publishing… Everything. But we will not be able to change if first we don’t change our attitudes, mentality, expectations, and habits.

7) Let me conclude this email with a personal note. What does it mean to be multicultural? I am afraid I don’t know the answer – like many of us I guess. I can simply tell you my experience. Since 2008 I had the privilege to collaborate with an NGO that thirteen years ago created a school in a small village of Southern India. I’ve learned many things from these people — both European and Indian –, but perhaps the most important one was “imparare a disimparare”, or “to learn how to forget your learning” (Viola Padovani, founder of the group). They started (or at least try) to forget what they knew when they had to deal with internal ethnic, gender and religious conflicts within the village, where Muslim, Hindu and Christian communities did not cohabit in harmony. At first, they tried to mediate between them with “traditional” rhetorical strategies. But they soon realized that the roots of these conflicts were woven too deeply in the social and cultural fabric, and their/our concept of “negotiation” was not seen as an option. So, guess what? They avoided traditional discourses (I mean literally, “to speak”), and started… to dance! Yes, they invited everyone to gatherings where music and dance were the only shared language (in all senses), and… suddendly a little miracle happened. First children, and then adults used this “language” to communicate between them. It was not enough for a stable peace, but they all started to accept the existence of the “difference”.

This is just an example, limited to a specific context. And no, I am not suggesting the introduction of Indian dancing in DH gatherings! However, we should be aware that effective cultural exchange processes can take years and years, and in fact never end.

Will we be patient enough?

There are no ideal places and neutral approaches, but it is not possible to “feel” another culture without opening your arms — and, to a certain extent, surrender to it. Western analytical understanding (call it “reason”(?), or whatever you like) will prove, in many critical situations, useless or counterproductive. You can’t really “understand” another culture. You can just experience it.