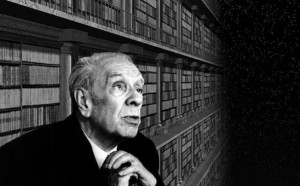 Speaking about what McGann called “presentism”, and in general the relationship between memory, time and digital machines, I’d like to recall Borges’ wonderful story “The immortal”. I used this story as a metaphor in my 2003 chapter “Tempus digitale” for describing what was the risk (?) of an eternal (digital) present: Borges’ immortals were condemned to an endless wandering in a city where the architecture reflected the lack of any purpose or direction. In other terms, too much memory deprived them of the ability of “planning”, and they transformed or evolved into “Troglodytes” (i.e. Homer regressed to a child…). I cut and paste here a translation of my original comment:

To use a fashionable expression you could say that the immortals have lost their ‘ability to design [program?]’. One may conclude that for Borges the poisoned fruit of the defeat of time is the loss of the sense of life and human identity… But a life lived in the eternal present brings with it another consequence that Borges hints at: the breaking down of the concept of good and evil: “As reward for his past and future virtues, every man merited every kindness—yet also every betrayal, as reward for his past and future iniquities… I know of men who have done evil in order that good may come of it in future centuries, or may already have come of it in centuries past… Viewed in that way, all our acts are just, though also unimportant. There are no spiritual or intellectual merits.” (Scrittura e filologia nell’era digitale, p. 147.)

Is this “indifference” what we are facing today? I suspect the real problem it’s not memory in itself, but how our relationship with time is changing through the digital. Will the aim and mission of today philologist be to give sense to the disconnected ruins of our eternal digital present? Or limit herself to “preserve, monitor, investigate, and augment our cultural inheritance”? If cultural memory is not independent from our social identity, desires, self-representations, etc. than philology, which once was “the interface of culture(s)”, will need to update its epistemological assumptions.