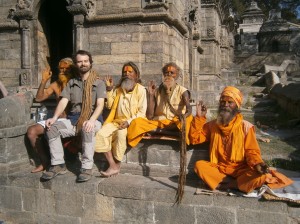 “I like to think of British and Americans moving about freely over each other’s wide estates with hardly a sense of being foreigners to one another. But I do not see why we should not try to spread our common language even more widely throughout the globe and, without seeking selfish advantage over any, possess ourselves of this invaluable amenity and birthright”

“It would certainly be a grand convenience for us all to be able to move freely about the world (…) and be able to find everywhere a medium, albeit primitive, of intercourse and understanding. Might it not also be an advantage to many races, and an aid to the building-up of our new structure for preserving peace? (…). Such plans offer far better prizes than taking away other people’s provinces or lands or grinding them down in exploitation. The empires of the future are the empires of the mind.”

The reasons for this result are complex and the author himself warns the reader about the inaccuracy of the comparison, but the impact is nonetheless troublesome. I’d like to remember that (at least in continental Europe) many serious proposals were made in the past to fight monolingualism — not just in the realm of DH of course. Although not uncontroversially arguing in favour of English as lingua franca, Philippe Van Parijs in his book Linguistic Justice for Europe and for the World proposed a wide range of policies that can help improve linguistic justice. According to van Parijs there are three kind of linguistic justice: cooperative justice, distributive justice and parity of esteem. I quote from the cover:

“Firstly, the adoption of one natural language as the lingua franca implies that its native speakers are getting a free ride by benefiting costlessly from the learning effort of others. Secondly, they gain greater opportunities as a result of competence in their native language becoming a more valuable asset. And thirdly the privilege systematically given to one language fails to show equal respect for the various languages with which different portions of the population concerned identify.”

This paragraph perfectly describes the present situation of any “international” conference. Ironically, DH2014 “Code of conduct” declares that “ADHO works actively toward the creation of a more diverse, welcoming, and inclusive global community of digital humanities scholars and practitioners.”
I will return to ADHO in a later post, but I wonder how this organization could foster diversity while keeping a governance structure largely dominated by Anglophone organizations and cultural practices. In the style of a British Polo club, founding members, among other things, decide who and how can become a member. So for example, if you were a German, Italian or Spanish association you should negotiate your participation through EADH. But what if you were from Mexico, Russia or India? I wonder how could ADHO survive in a multipolar and multicultural world if it wants to keep the “brand” of DH firmly in the hands of the six founding members.

As for multilingualism, there have been many discussions on GO::DH about this problem, but so far we were unable to propose a simple set of best practices and rules that can be easily applied to DH conferences. The recent “I whisper________” pins initiative is to commend, but it does not tackle aggressively the issue. So I was thinking about a more disruptive proposal. What do you think is one of the most precious things in conferences? My answer is: time. As non-native speakers, we’ve all experienced the frustration of hearing talks given at the speed of light by native speakers, while our talk was delivering half of the ideas in twice as much time (or more). So how about if non-native speakers were given, upon their request, a fixed extra-time (i.e. 5 minutes?), at the expense of native speakers talking before or after them? Using Van Parijs terminology, we could call this proposal a “linguistic tax” paid by Anglophones in order to attenuate their advantage.
I know that implementing such a rule would be not easy, and initially might also generate some chaos. Besides, many would consider it “unfair” towards native-speakers, not the mention the problem of
dealing with borderline cases (how should bilinguals be treated?), etc. But all these osbtacles should not prevent us to reflect seriously on the core problem: the linguistic advantage is a form of indirect
discrimination leading to inequality of opportunities and eventually to cultural homogenization. If we want to avoid the risks of the (imperial?) monocultures of the mind, we should start to be generous about our “capital”, either symbolic, material, or perhaps both.

0 replies on “Dreaming of multiculturalism at DH2014”